As one of the most influential games that the internet has brought to the world of gaming, online poker has been an explosive success like few others. The only potential problem with this achievement is that what used to be a small community is now immense, meaning pools that used to be filled with minnows now flush with a growing number of sharks.
Finding a place within these pools, on a casual or even professional level, can be a tough task, requiring a considerable investment of both time and effort. That said, with a few simple tips, your chances of carving out your own territory becomes all the greater.

Before you start playing, you’re going to have to narrow down which game or set of poker games you want to get good at.

Most professional players today gravitate towards Texas Hold-em, as it is by far the best-represented poker game available the world over. It is also the best represented when it comes to live poker, which is something to keep in mind.

If you’re unsure which poker game is for you then shop around first, there’s no harm in taking your time, and many poker skills are transferable. Once settled, ensure that you’re up to date on all the different rules. Professional poker guides can help you out in this regard, just to ensure that nothing has slipped your mind before heading to a table.

Set Your Sights
When you take a seat at a table, you’ll have to figure out who will be your target. To begin with, you’ll want to target the smaller fish as your more reliable prey. They often gather around beginner tables, so locating them shouldn’t be too difficult.
One of the best ways to make this move is to keep eyes on limpers, slow players who wish to play a part of as many hands as possible. This is often the case with amateurs who refuse to fold because they feel like they’re missing out, so be sure to watch for consistent play and low bets.

Chase Your Prey
Once you know which players are the weakest in the school, you can start setting your bait. This can be tricky to start with, but the general idea is that you want to be keeping constant attention on their hands, and what bets they make with their plays. Beginner players often fall into poor patterns, and once you notice this you can take advantage of their faults.

Measure your Play
When pursuing an opponent, it can be easy to get caught up in the thrill of the hunt. This can cause us to lose sight of the greater match, which can be a real problem if live tables offer some sort of chat. It can be tempting to boast and bait with words, but this is not an effective long-term strategy. This play will turn newer players off, make you a target, and otherwise make the experience all the more unpleasant for everyone. 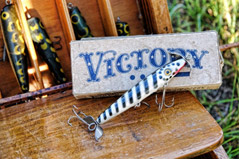 The best players out there are those who can disguise their skills and actions. Be aware that, in a game of poker, the hunter can just as easily become the hunted. Try to keep a mental track of who the individual players and the entire team aim for. If they are going for you more than everyone else, then it might be time to change tables.

Just be sure to keep an actual count on hunting-type behavior if possible, as otherwise, we tend to insert an unconscious personal bias.

These ideas might seem a little overwhelming, and at first, they just may be. But the secret is practice. No pro players will have difficulty with the tips we’ve listed today, and this isn’t because they’re any smarter than you are. Rather, it’s because they’re drilled this knowledge into themselves through immense amounts of practice.
Keep with it, and what used to seem impossible will eventually become second nature. Fight, adapt, learn, and overcome, and there’s no telling how far your game could grow.