From the 16th century onwards, numerous written references and explanations relating to card tricks began to appear but it was in the 18th century that card magic was brought into the larger arena of the theatre by a dynamic and colourful Italian magician called Giovanni Giuseppe Pinetti. Previously, card magic had been performed only in the streets or smaller settings such as private rooms but Pinetti transformed its appeal by using wonderful theatrical settings for his card magic. Originally from Tuscany, Italy, he travelled and entertained extensively visiting countries such as Portugal, Germany, Russia and England where he even performed at Windsor Castle for King George III. Read more about Joseph Pinetti as he was known in France.

The 19th century saw the emergence of two of the greatest contributors to card magic that have ever lived – the Frenchman Robert-Houdin (1805-1871) and the Austrian Hofzinser (1806-1875).

The popularity of playing cards in Europe saw the advent of the first casinos. The two most famous being the Casino di Venezia (1638) and the Monte Carlo Casino (1863). The playing cards themselves may have changed in design as have casino games rules, but the latter is still considered one of the best casinos in the world.

Jean Eugene Robert-Houdin was born into a clock-making family. By the time he was in his twenties he was married, living in Paris and running his own clock-making business. However, he had been impressing his friends with card tricks from a young age and it was in Paris that he continued to build his interest, getting to know magicians, watching performers, etc.

Robert-Houdin was a showman – he had a gift for performance and whether it was card magic or mind-reading tricks, he is today recognised by many as the first real performer of ‘modern’ magic. Read Robert Houdin’s life story 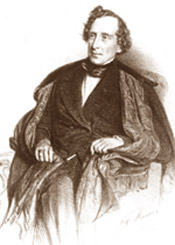 (Left) lived and worked at the same time in history as Robert-Houdin, but was based in Vienna. He could often be seen in the salons of Vienna’s high society entertaining with an array of inventive ideas. Referred to often in the books of Dai Vernon (perhaps the most respected card magician of the 20th century), Hofzinser is deemed by many leading card artists today to be the ‘Father of Card Magic’.