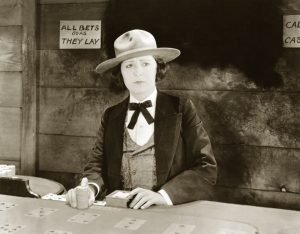 The game of Poker is usually played with between 3-10 players and with a single pack of cards. The game of Poker was first recorded by name in 1829 and developed in New Orleans spreading along the Mississippi in the steam-boat saloons. Originally, it was played with twenty cards, but increased to fifty-two within 10 years, and without recognition of straights or flushes, which only became part of the game in the 20th century.

Although Draw Poker had developed by the start of the Civil War, and Stud Poker apparently during it, the game as a whole did not reach the pages of The American Hoyle until the 1880s. It soon however reached England, where G. Eliot referred in 1855 to the ‘game of Brag or Pocher’, and Queen Victoria later confessed herself to be amused by it.

The name: Poker derives either from a French game Poque, whose details 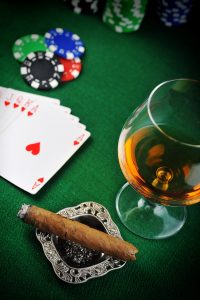 are unrecorded, or from the German Pochspiel, in which a player passed by knocking on the table (saying ‘Ich poche’). The distinguishing features of the game are: firstly, the system of raising and calling bets, and, secondly, the fact that players bet on a hand of 5 instead of the previously more common 3 cards.

Five is also characteristic of an old Persian game called As Nas, which could have reached America via French settlers who had been in the Persian service. For this reason, Poker has been represented as a direct descendant of an ancient oriental game. However, the theory is somewhat far-fetched, as the oldest known Persian cards do not antedate 1700. They contain only five ranks or suits (not both), and the method of play could as well have been borrowed from Europe as vice versa.

Nowadays it’s possible to play online poker really easily and so the game has grown hugely in popularity.